Katya Udinov is the mother of Alexandra Udinov and was the wife of Nikolai Udinov; she lived with her family in Russia, until Operation Pale Fire - where it was assumed Katya was killed when Division raided the Udinov estate and killed all present, at the request of Sergei Semak - Nikolai's right-hand man and a friend of the Udinov family.

Katya was briefly mentioned in Game Change: during Alex's discussion with Percy, who hinted that Alex rarely spoke about her, and even provoked her into saying her name. Alex aggressively pointed out her mother was a kind and gentle soul, who never deserved to die.

When Semak finally learned of Alex's survival, he initially issued secret orders to Ari Tasarov and Gogol to have her killed, apparently so Alex wouldn't retake control of Zetrov, but also because she was a loose end to Pale Fire: which, if exposed, would ruin Semak - it was later revealed in discussion with Tasarov that there was "another" loose end.

This was revealed to be Katya herself - having survived Pale Fire: and, very much alive, was still living in the rebuilt Udinov estate with Semak. When Alex successfully infiltrated the house to kill Semak, she instead found Katya, much to her shock. A shocked and surprised Katya recognized her daughter instantly. ("Guardians")

In "Pale Fire" Alex and Katya tearfully reunited, with Katya revealing she survived when Nikolai went downstairs to face the Division attackers, Katya blacked out in the chaotic shooting: she woke up in a hospital - and was told that Nikolai, her daughter and everyone else was dead. Since that day, Katya has lived with Semak, and takes heavy medications that leave her emotionally fragile.

Katya told Semak about Alex hiding in the house,which led the guards taking Alex however was freed thanks to Nikita,Nikita tried to take Katya, but she refused, stating Nikita will put Alex in danger, and she is the one that told Semak about Alex: stating that Semak trying to help Alex who was brainwashed. When Nikita tried to explain the truth about Semak, that he had done all he had against Nikolai to gain all he had, including Katya, Katya revealed Semak already had her - Katya and Semak were lovers having an affair before and after Pale Fire: and that is why she survived the whole ordeal. Alex, hearing every word over an open phone line, burst into tears, after hearing this Nikita,became angered and tried forcefully to take Katya with her at gunpoint, but Katya screamed for help, resulting in another shooting to start, with Alex and Nikita eventually escaped the estate.

Later, when Katya was in her room Semak came to check on her, he found Katya had an emotional meltdown after losing her daughter again, and now she would never come back to her. Semak openly said he hoped so, and Katya reminded him that he promised her not to hurt her daughter. Semak was sympathetic, but responded that Alex and Nikita had killed half of his men during their escape, and he couldn't let it slide; and even went so far as to claim Alex wasn't the same child she knew and loved. This resulted in Katya to slap him, and stating that she "sees many things now" (implying she is coming around to the truth slowly: and realizing how manipulated she has been by Semak).

Katya was later mentioned when Alex and Nikita were talking, about Katya telling Nikita about trying to help Alex.alex was so happy that she found hwe mother

Eventually, in "Arising", Katya and Alex are left, in an isolated cabin with Division guards, with an offer of their lives in exchange for giving control shares of Zetrov to Ari and Amanda. Alex refuses, and after escaping from the cabin bids farewell to Katya as Alex vows to fight with Nikita against her foes. Alex puts her mother in the car and they bid farewell. She is currently at the Greek Isle, Corfu. 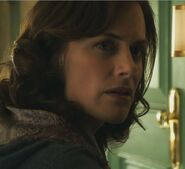 Add a photo to this gallery

Retrieved from "https://nikita2010.fandom.com/wiki/Katya_Udinov?oldid=23210"
Community content is available under CC-BY-SA unless otherwise noted.