True Believer is the third episode of Season Three the forty-eighth episode overall.

NIKITA STRUGGLES WITH HER ROLE IN THE NEW DIVISION — When Ryan tells Nikita an undercover agent has been arrested and they need to extract her from prison, Nikita questions why Division is continuing to run Percy’s old missions. Nikita, Michael and Sean attempt to stop a terrorist attack but are one man down after Alex is shot. Meanwhile, Birkhoff and Sonia continue to bicker. 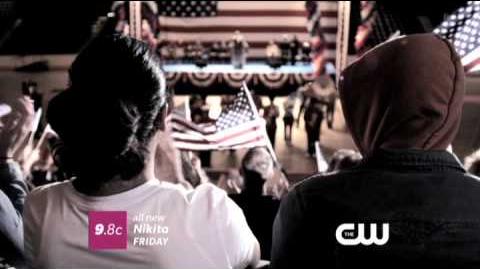 Retrieved from "https://nikita2010.fandom.com/wiki/True_Believer?oldid=21617"
Community content is available under CC-BY-SA unless otherwise noted.